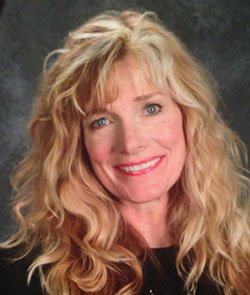 Compared to the boys in the band, Margaret is a novice. Dan and Nathan started young.  She started playing bass soon after she met Nathan. When she asked where the deep sound was, he offered her a bass guitar at a music party. She was relentless and applied all she knew about learning to her practicing and soon moved on to playing in his band. Not long after, he discovered she could even sing – harmony! Subsequently, Margaret has dabbled in song writing, and even has a website featuring her original work and inspirations.

Margaret loves people almost as much as adventures among the tall trees and granite boulders of the Sierra mountain range. You might find her taking a hike with husband, Dan Dixon or one of her two grown children, or her favorite – riding her mountain bike near Lake Tahoe on her days off and at her private practice doing individual or couples therapy . Helping and inspiring others has long been her focus, and she worked in residential treatment, hospital pastoral care, youth ministry and teaching (middle school) in her early career years.

Margaret earned her Ph.D. in Psychology from the University of Minnesota, she has worked as a school psychologist in Minnesota and Nevada and now has her own business as a licensed Nevada psychologist. Interestingly, she first met Dan Wold when he was a fairly new principal near Lake Tahoe, but it was many years later that they reconnected and he was asked to join The Scarlet Verbs.